The goal behind this project was to produce the John Lewis Cupcake armchair and create multiple LODs which could be used across different platforms and for configuration purposes.

The model was originally sculpted in Zbrush to ensure that all a high level of detail was captured ready to be baked down into the optimised versions of the armchair. The process started with a ball of clay which was pushed and pulled around to mould different shapes and adding fine surface detail. 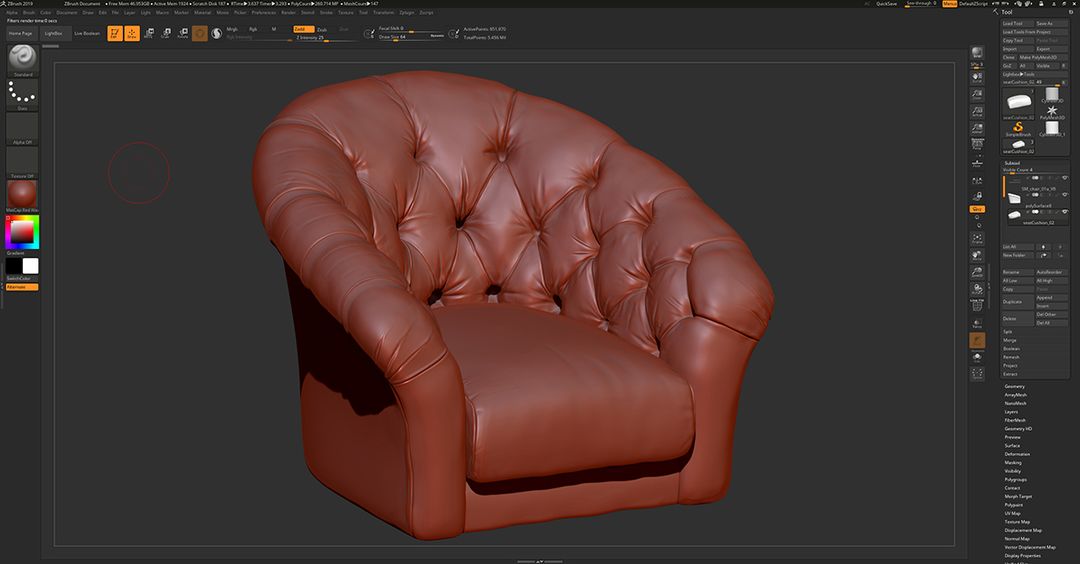 Once the sculpt of the chair was produced, the artist would create multiple versions of the model with different levels of detail (LODs) using retopology methods. The highest fidelity model would primarily be used for photorealistic visualisations such as Film and Video Game Cinematics whereas the lower fidelity models would be used more within Video Games, and 3D web viewers. 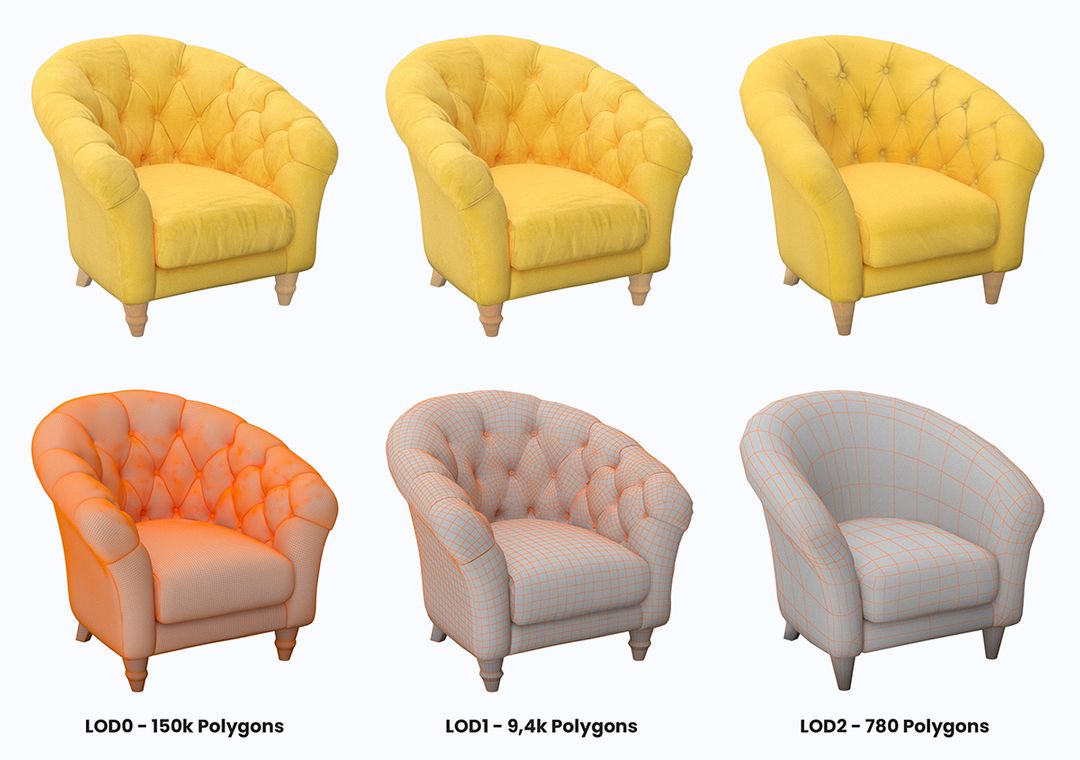 A lot of retail assets can come in different colour and pattern variations and using CGI to show all of the permutations is an extremely cost-effective way of showcases the product potential. With larger products, it becomes more challenging to manufacture, transport, and photographs, but with CGI, you can bring all these variations into one place digitally.

Below are some examples of how a configurator could be used to show of different material variations.

The CGHero team attended the Tech Show North Manchester in 2019 where we used this asset for the banners showcase what can be done with CGI. The team also hosted a live show of how material and colour variations could be created in Substance Painter.

We'd be happy to help you with your project.