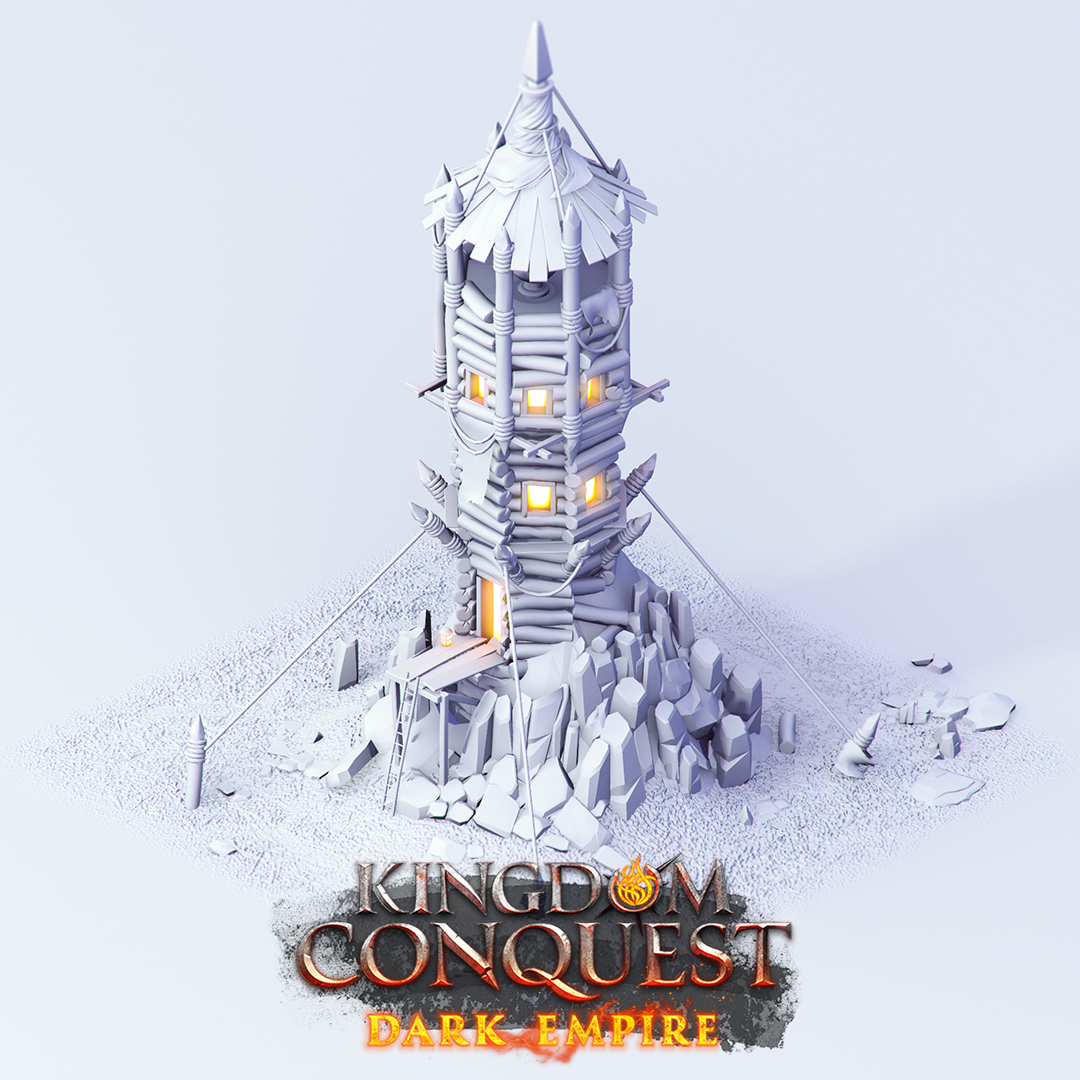 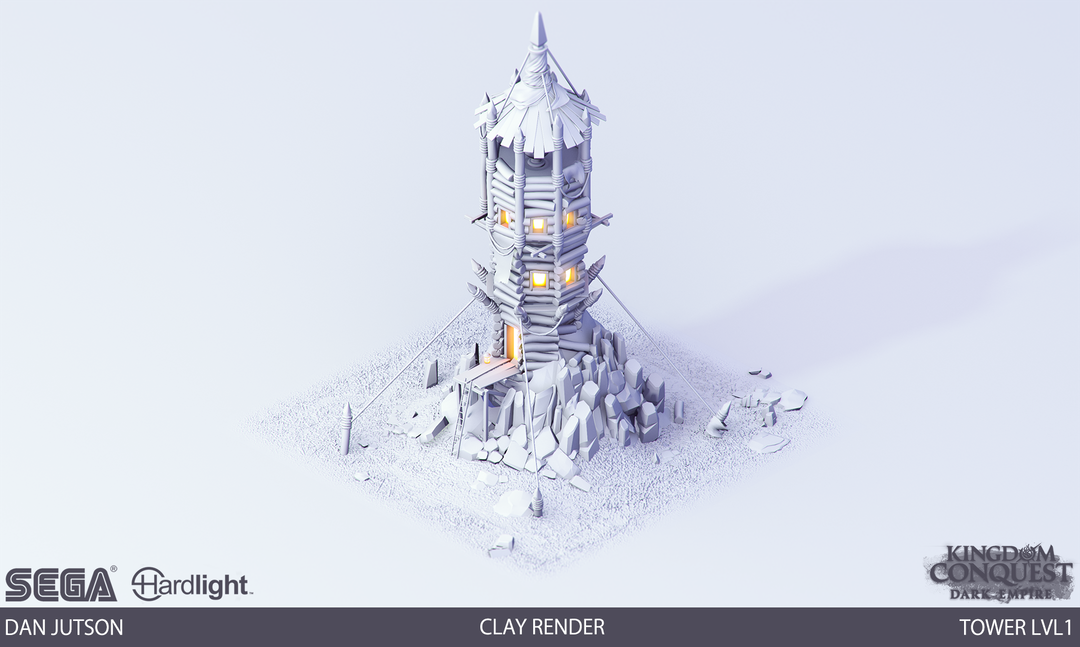 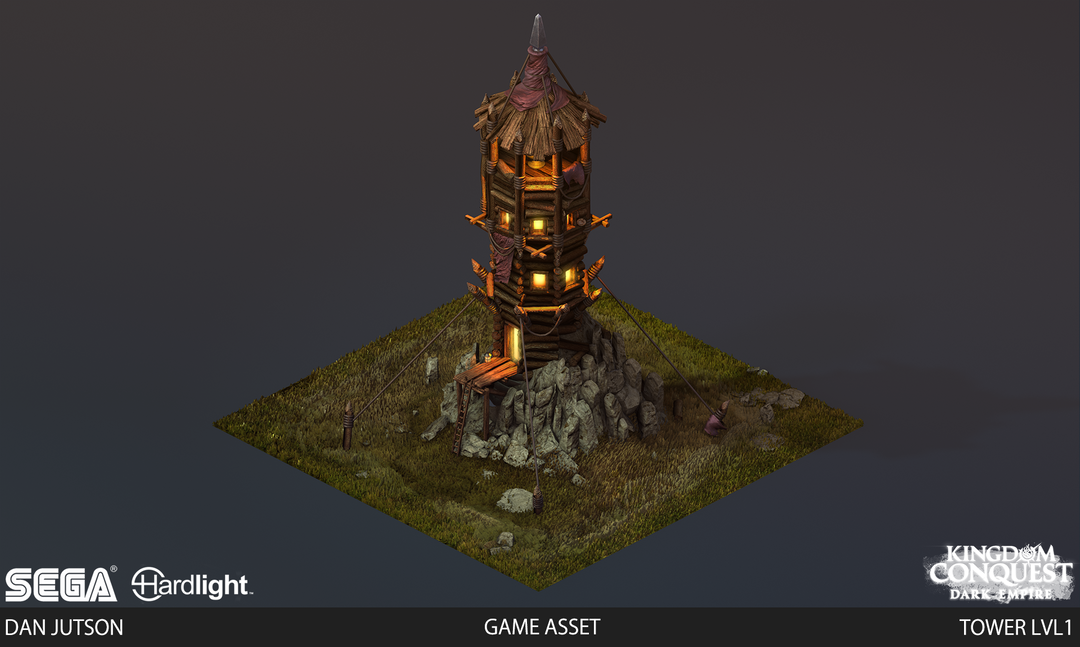 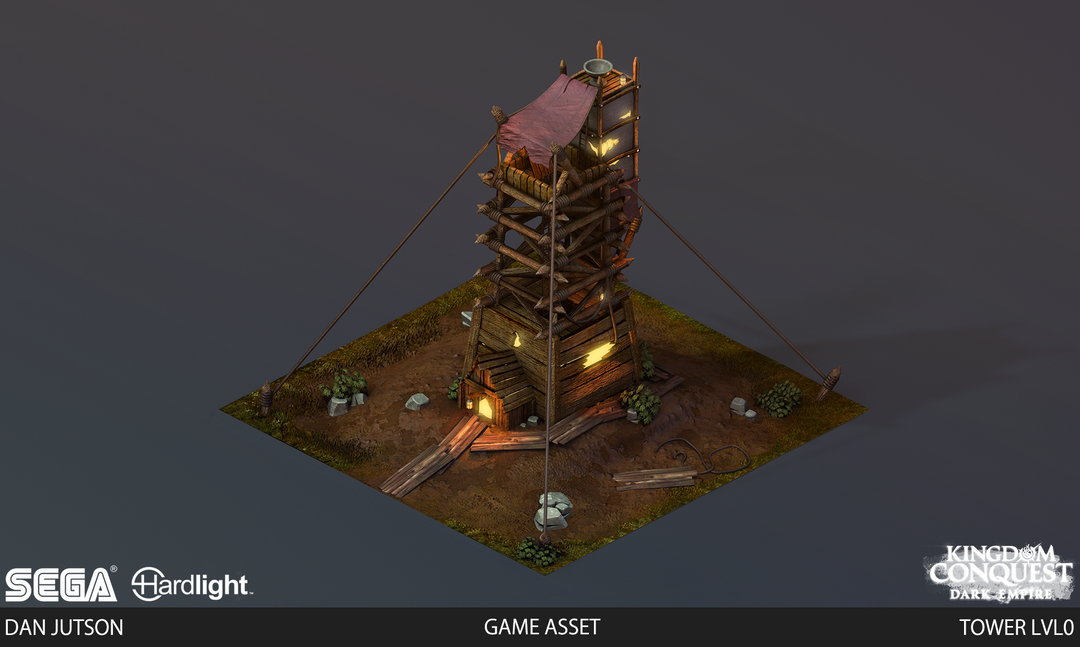 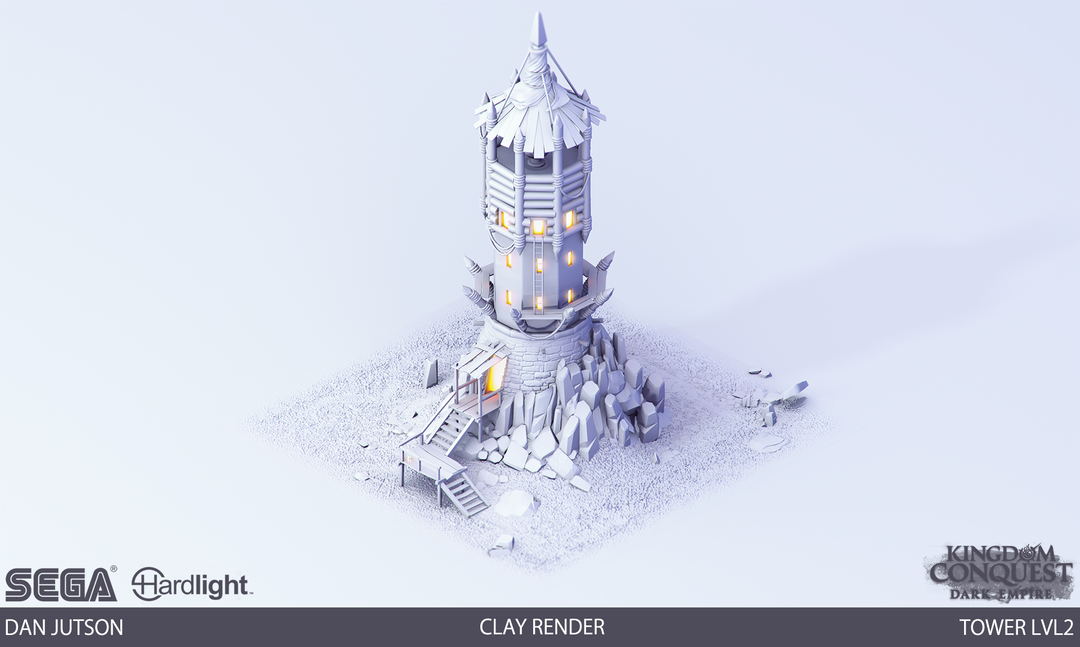 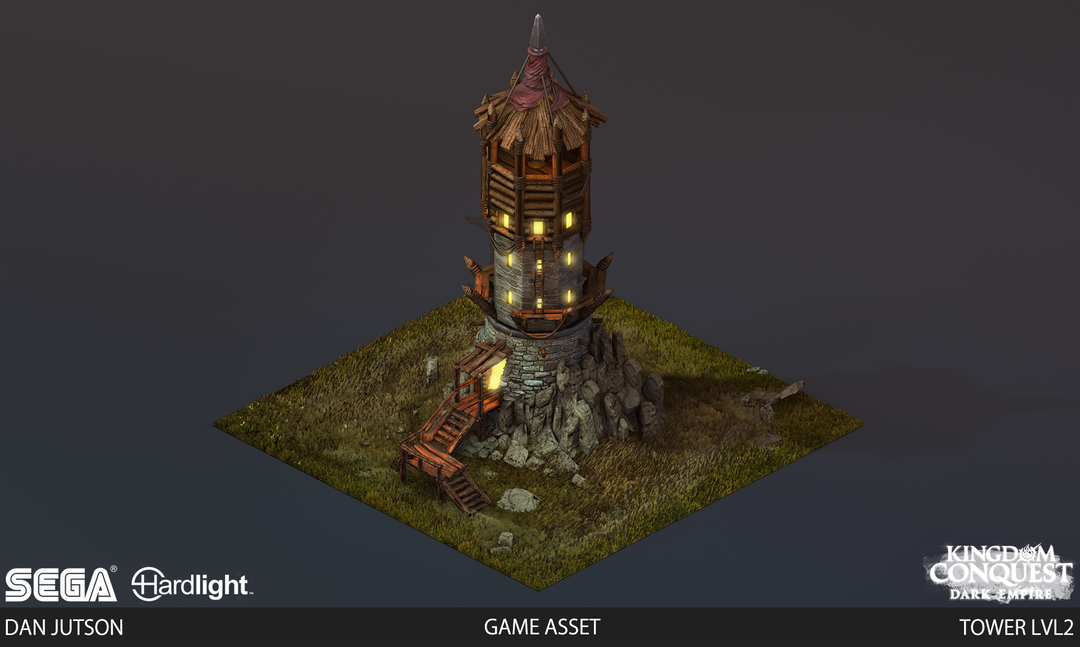 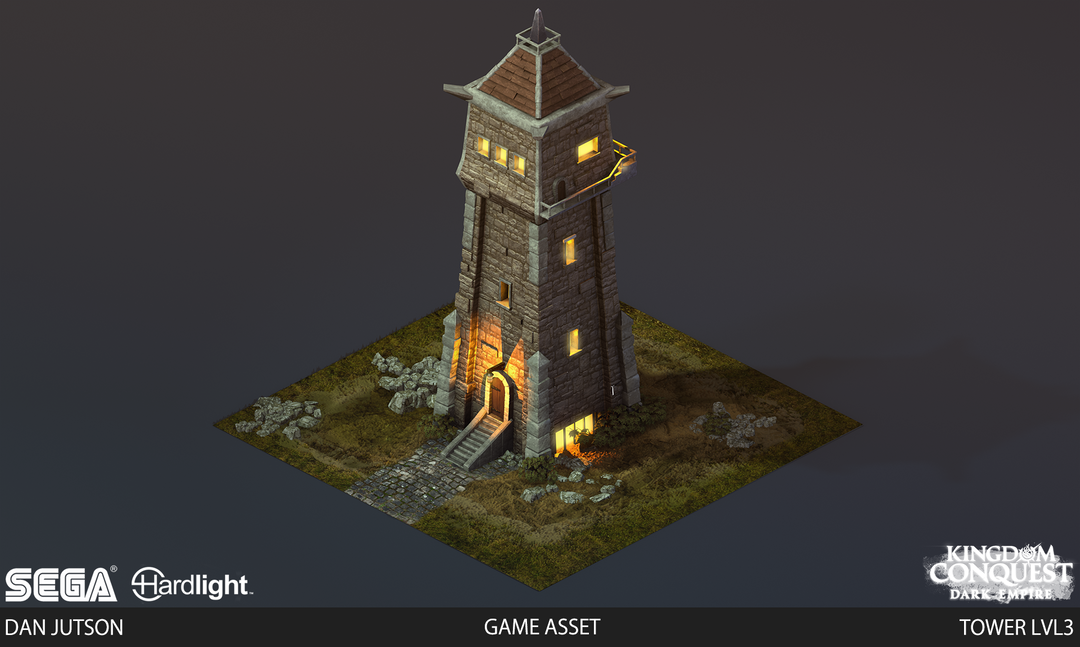 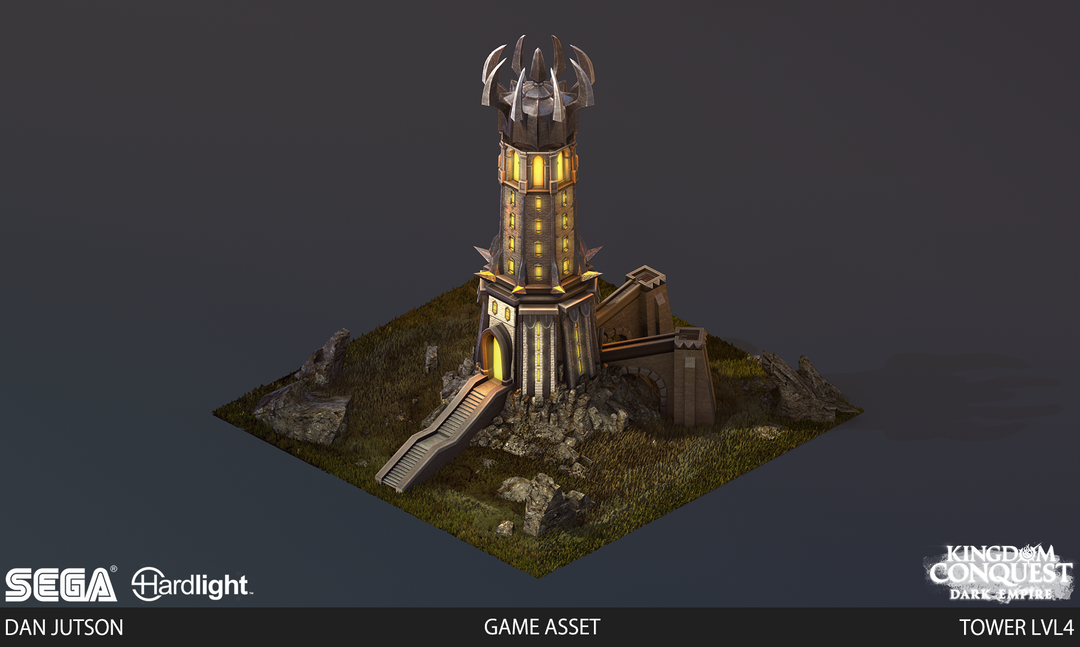 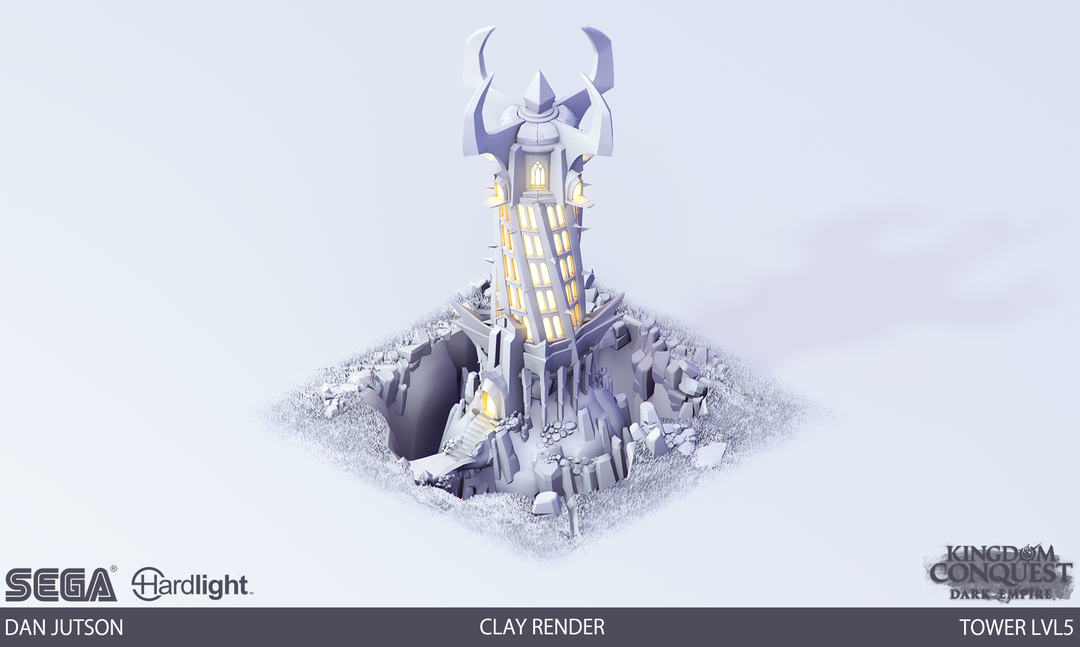 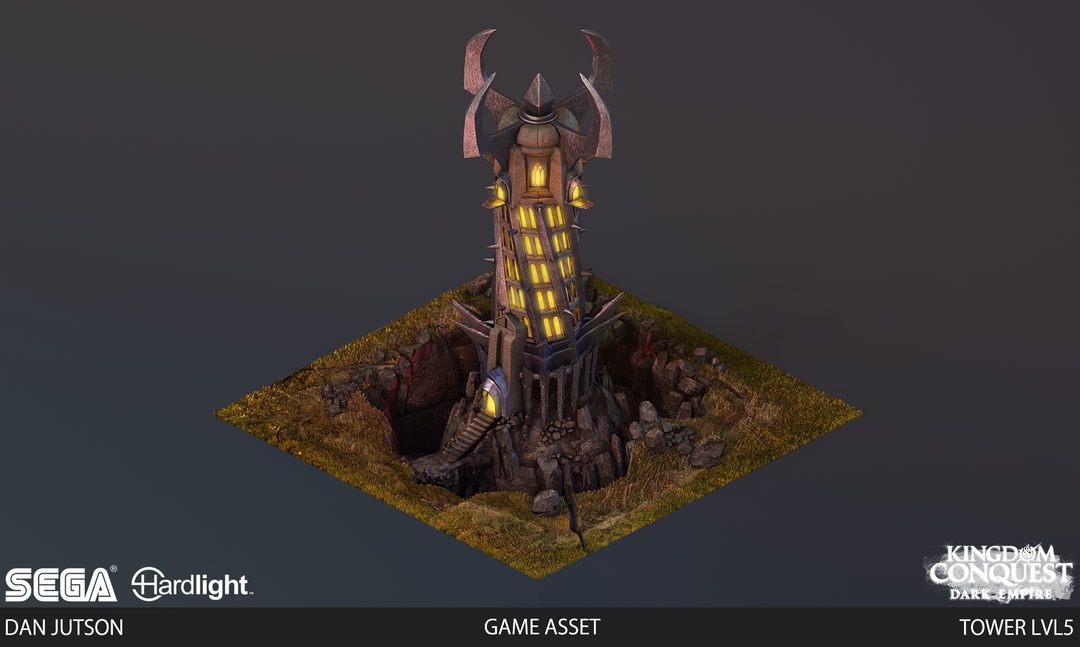 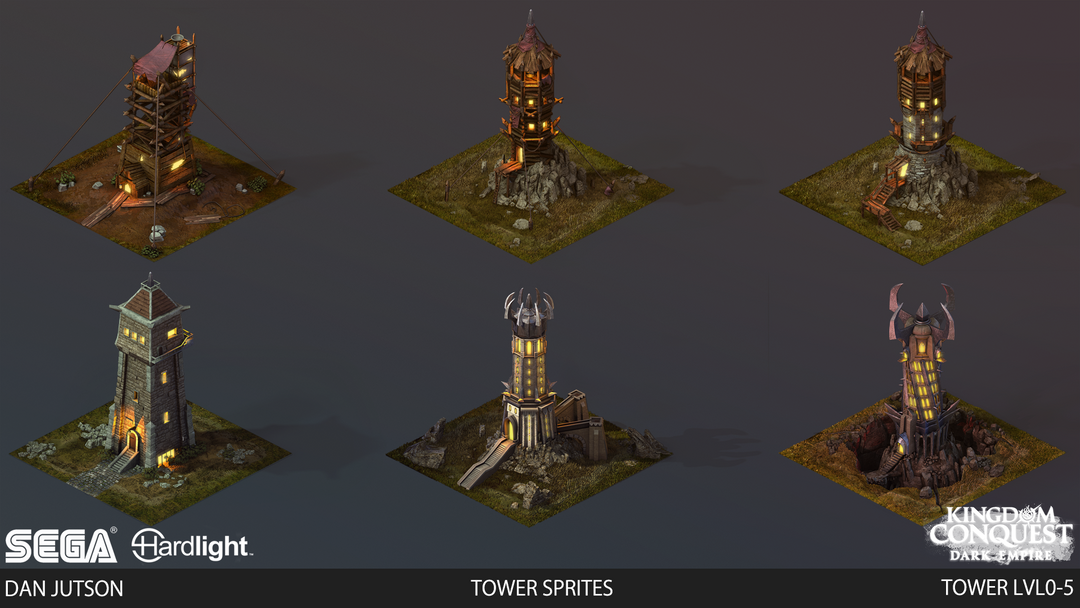 I was tasked with creating a series of Towers that the player could attack and conquer to create various strongholds across the world map. Each Tower has varying levels of difficulty/ strength and require the player to be of a specific skill level before an attempt to capture is made. The difficulty level is reflected in the Towers design, more specifically the materials it is constructed with: wood structure, wood, wood and stone, stone, stone and iron.

The Towers were created in 3Ds Max and rendered in Mental Ray with the renders being implemented into Unity as 2D Sprites. I'd like to thank the team at Sega Hardlight for providing some of the textures used in these assets and for the style guide.