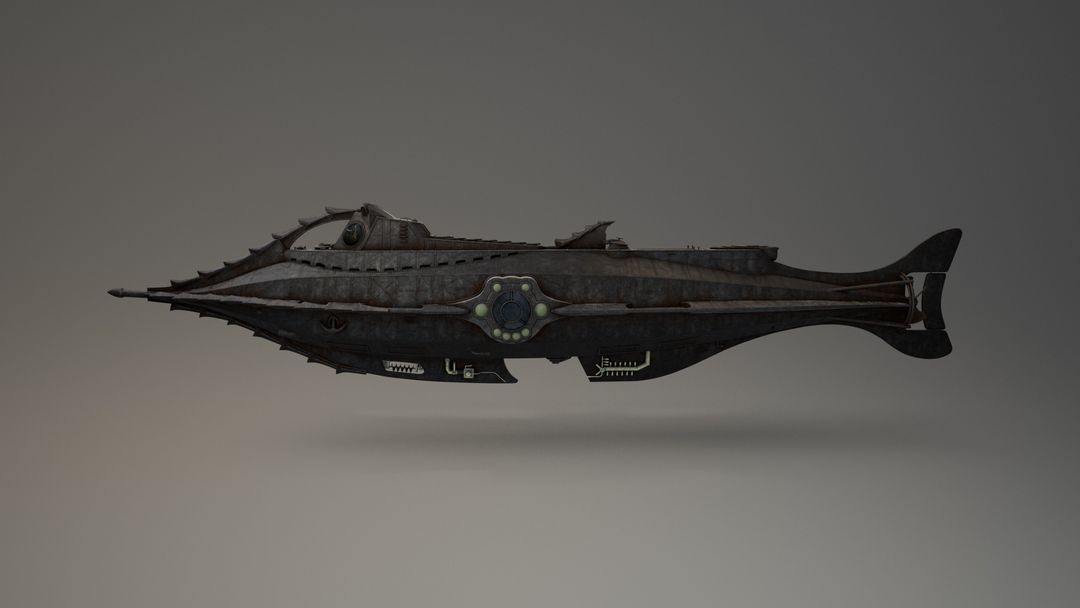 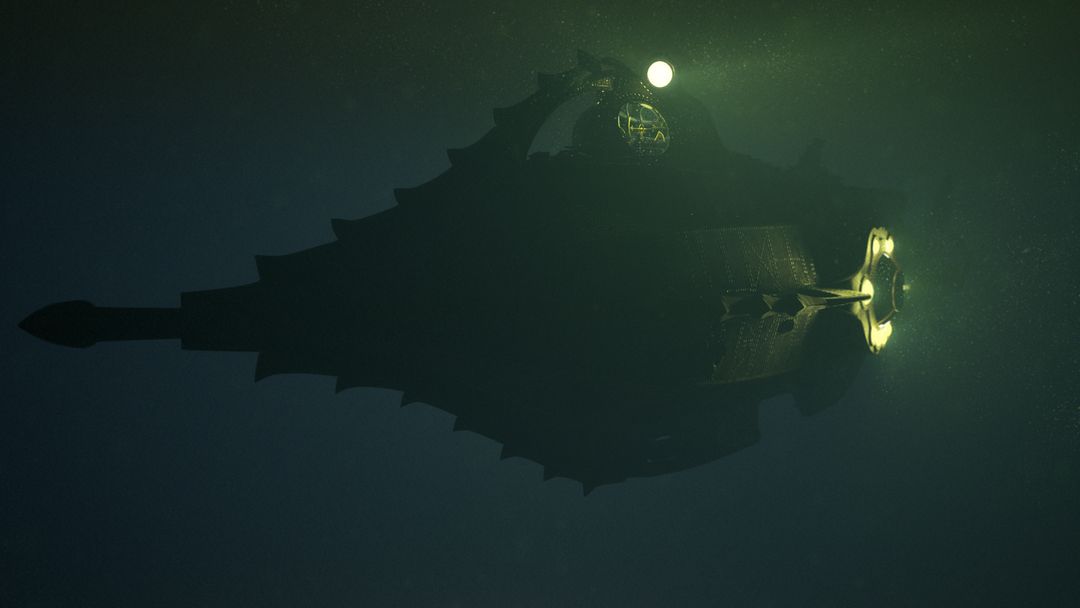 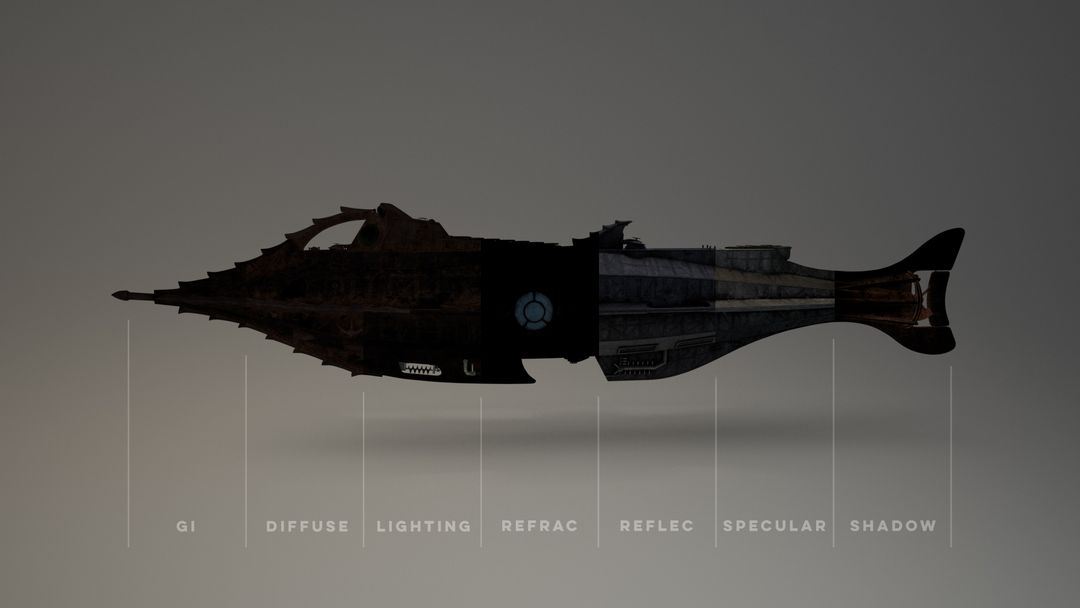 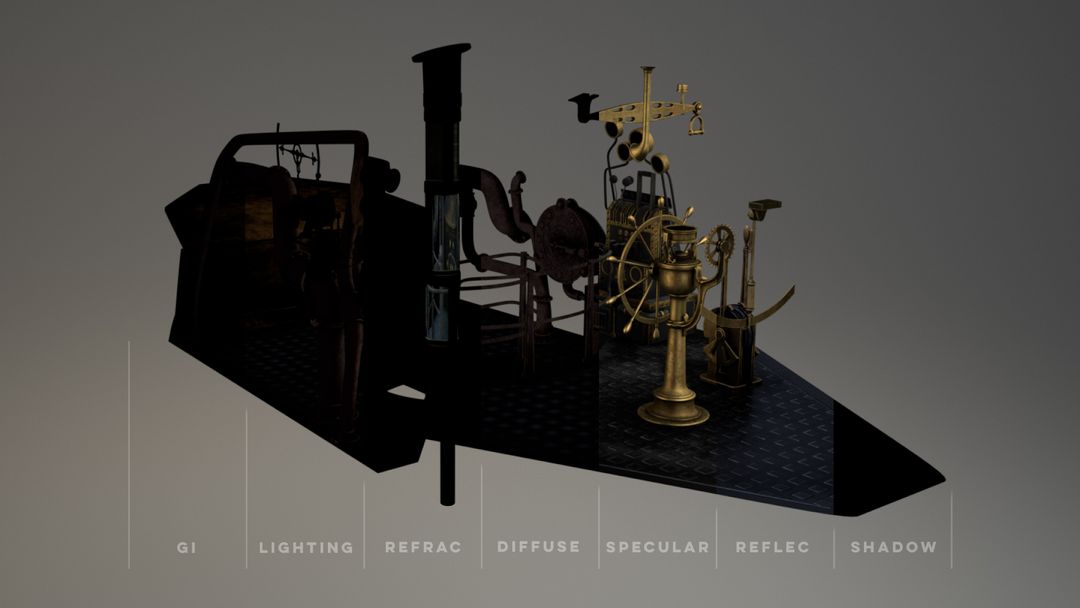 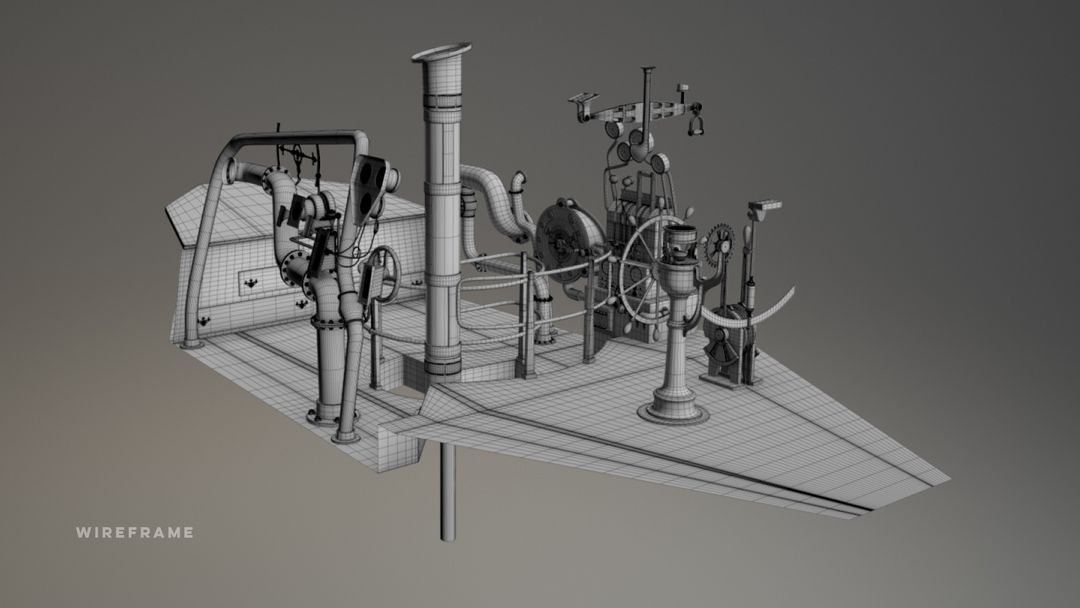 3D modeling and texturing of the Nautilus Submarine, Created by Disney for the 1954 movie - 20,000 Leagues Under the Sea. The model was created in Maya accordingly to the Disney original Plans. All the rivets were sculpted in Mudbox, Painter and Photoshop were used for the creation of textures.