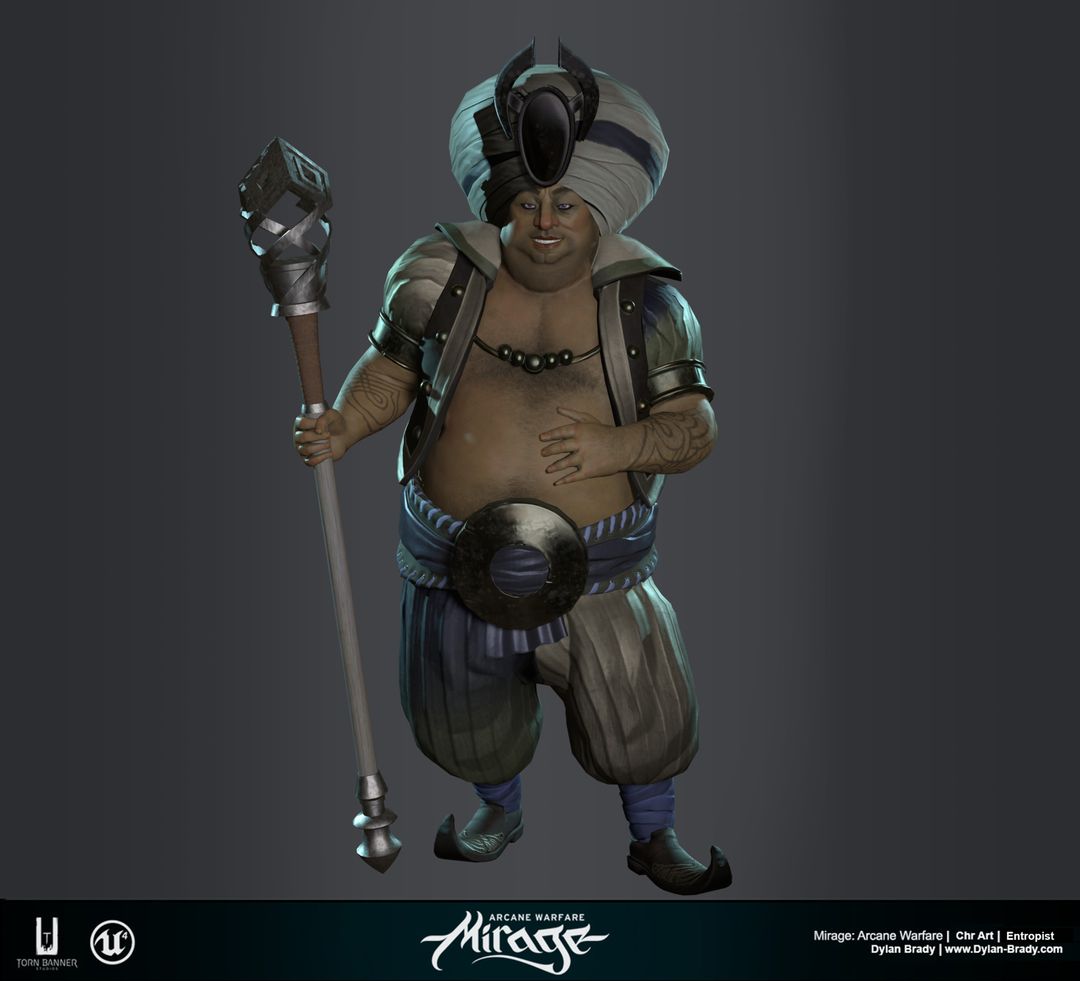 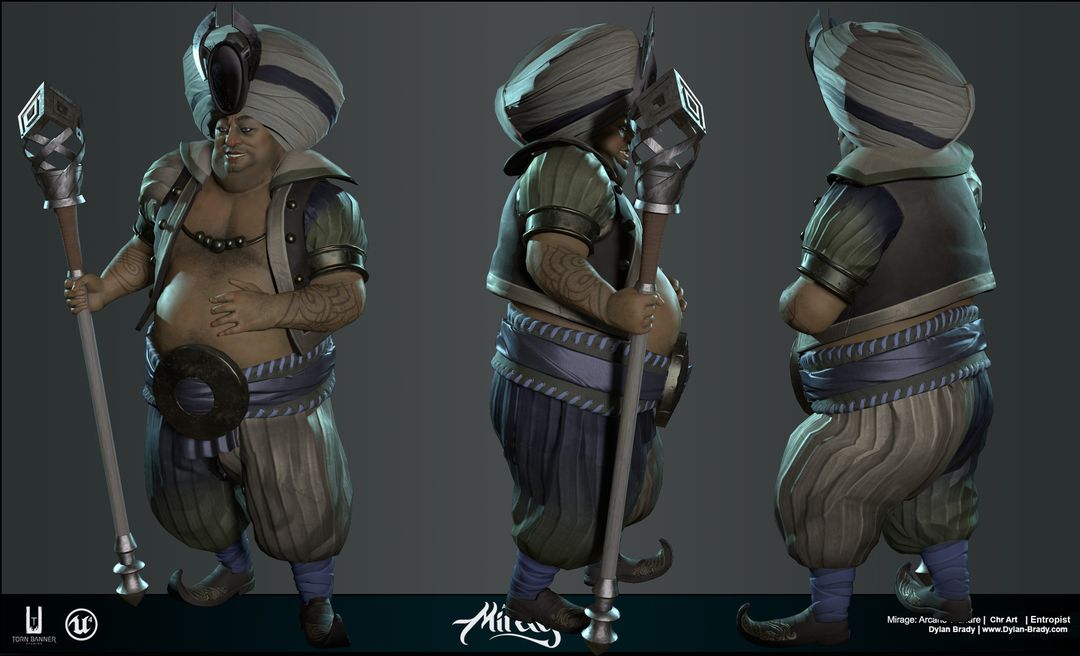 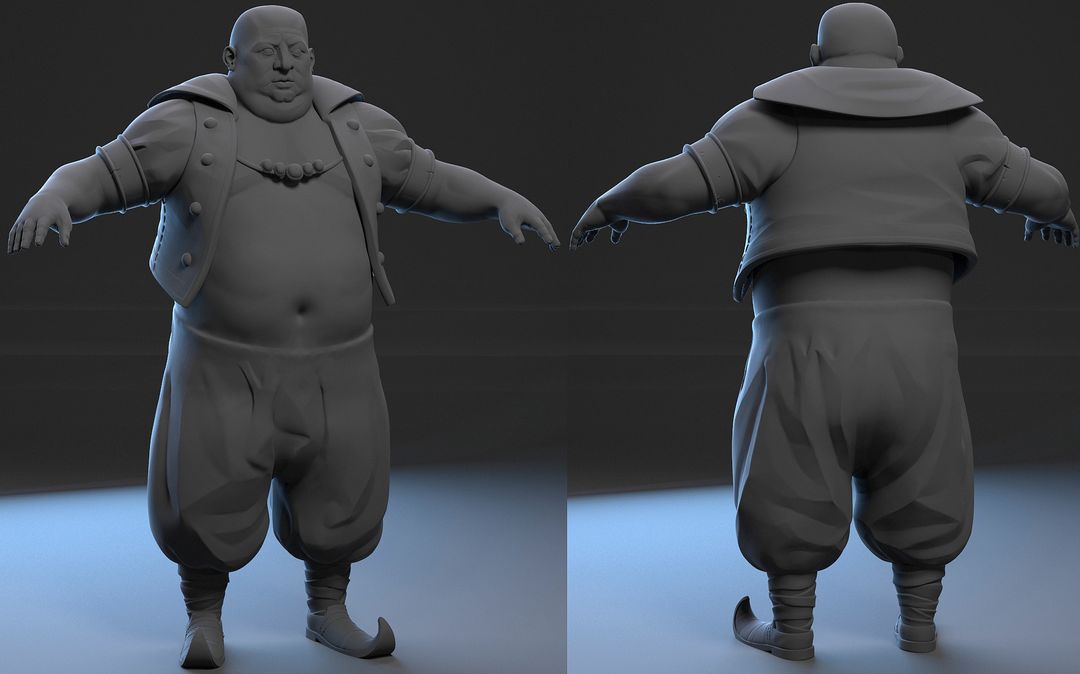 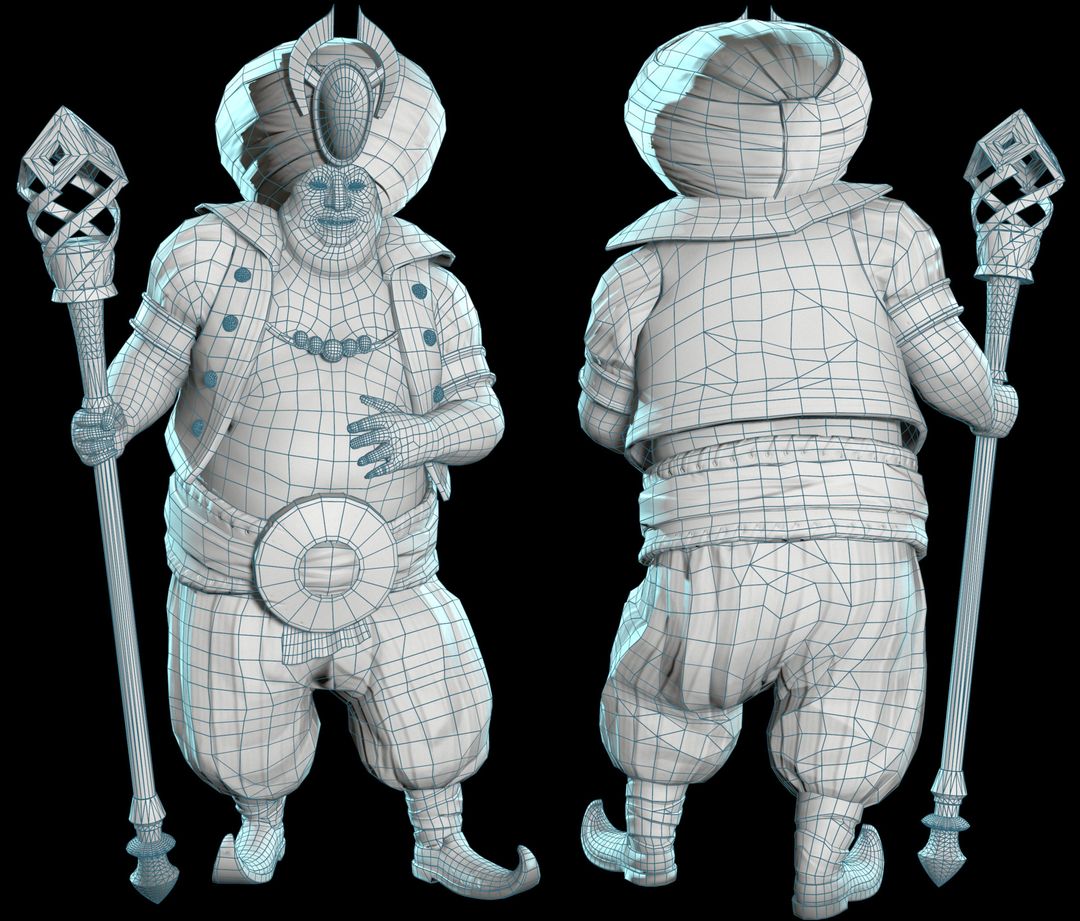 This is one of the characters I created for Torn Banners recent game Mirage: Arcane Warfare. He is a Jolly merchant, with all sorts of magical artifacts to help him trick his enemies in battle
I did the modeling, texturing, and implementation of this character, as well as being heavily involved in the Design process along with Richard Yang the concept artist and other members of the team